Hi everyone, today I am sharing my fun Easter planner spread. I love this carrot car from the Jellybean Kisses clear stamp set. I paired it with the note from the Basic Planner digital bundle and some sentiment stamps. Now my planner is feeling even more festive! 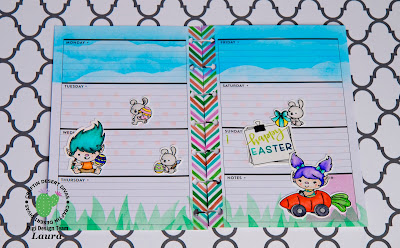 Today I am sharing my card for the Inky Paws Challenge hosted by Newton's Nook Designs. I created this card with the purple ribbon for my Grandma who has Alzheimer's. Purple is the color that so that is why Newton's ribbon is purple. I used the falling hearts stencil and brushed the hearts in pink and green. I die cut the hearts collage from tan paper. This challenge was to use pink, green, and brown. I used some sequins in the challenge colors to finish off the card. 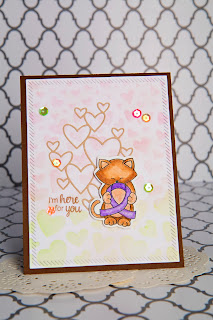 These fun little puns that are so popular this year for Valentine's day are perfect to make someone's day special. This digi stamp from Craftin Desert Divas is extremely cute and fun! 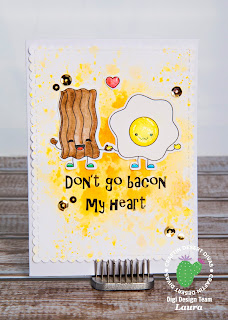 I started by doing some distress oxide inking for the background, then die cut it using the Fancy Frames set. I cut and colored the digi and added some Dew Drops nuvo and sparkle dust to the egg center and heart for added dimension shine. I popped them up off the card with some foam tape and finished off with some Pumpkin Spice sequins.

Today we are blasting off for a birthday party! I used the Space Cadets digital stamp set and the FUN new die stitched Numbers coming out on 2/9 at Craftin Desert Divas! I had a lot of fun creating this background. I used distress oxide inks and for the "shadows" I used the distress crayons! Now I have had the crayons since they very first came out but I haven't used them much. I really like how they worked on this background. 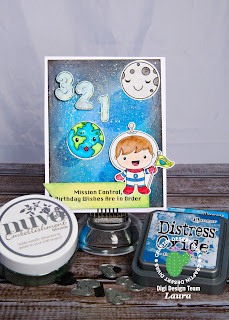 For the stiched numbers I started with black cardstock and wasn't happy with that, so I pulled out my nuvo mousse and started playing. I really like how they turned out and the picture doesn't do them justice.
Posted by Laura at 10:36 AM No comments:

Yes, I said Mouse Work...LOL It's the newest digital stamp set coming to Craftin Desert Divas on Friday. I used the new digi set with the new sorted shapes 2 stencil and stitched alphabet dies to make this sweet card. Man, I wish I looked and felt this good while I was cleaning house!! 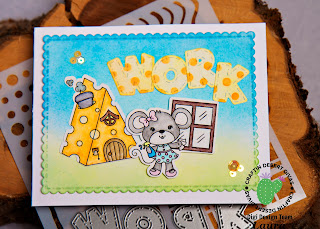 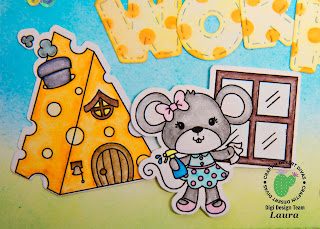 Be sure to join us at the Craftin Desert Divas Gallery page and under the events tab for the new release event for all the sneak peeks and TONS of inspiration!
Posted by Laura at 3:09 PM No comments:

Who's ready for that special love day that's coming up? I can tell you that I am not really, but the day is almost here. I decided that I had all the supplies on hand so why not whip up some fun mini valentine's. I had seen some ideas around the groups I am in and that was my inspiration. I used my cricut explore to cut the polaroid frames at 2.5". I cut the card bases at 3"x6" to make square 3"x3" cards. I inked the edges of the frames then used some foam tape to pop the frames up off the card and used the cut out insides to stencil the fun hearts on. The stencil is from Newton's Nook Designs and I used 3 new distress oxide colors and 3 old dioxide colors ( Wilted Violet, Cracked Pistachio, Picked Raspberry, Carved Pumpkin, Bundled Sage, and Mermaid Lagoon). I glued those back inside the frames. I decided that the edges of the card needed some inking so I did that AFTER the frames were attached, I would NOT suggest that. I would ink first them assemble, lesson learned. I stamped, colored, and used my Cameo 3 to cut out the fun images from Newton's Nook Designs Love Bites stamp set. I added them to the cards and finished them off with some tags. Pretty fun and easy!! And yes, I should have taken pics while doing this but I didn't. I really need to get better at that! 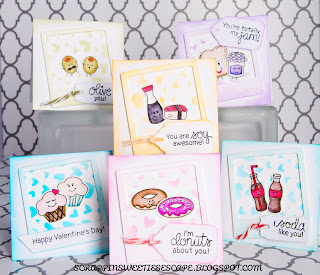 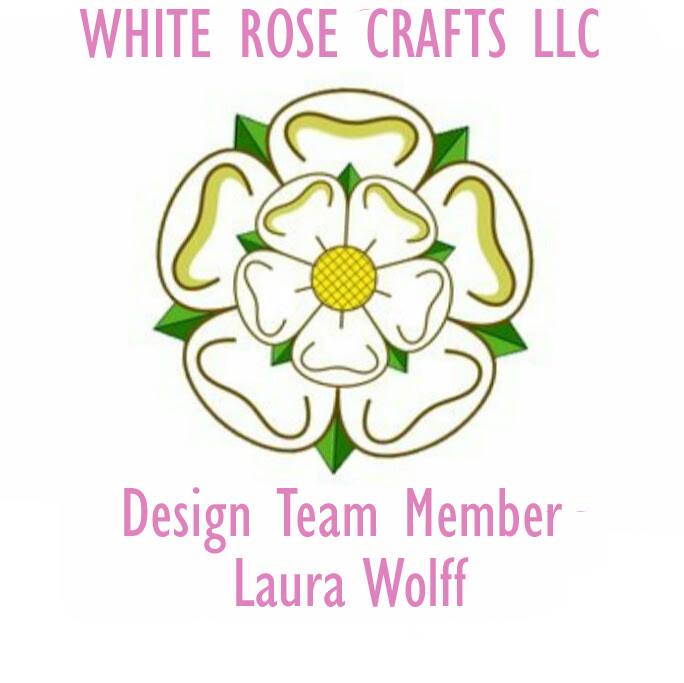